A story that’ll have you dreaming of skiing, at any age…! 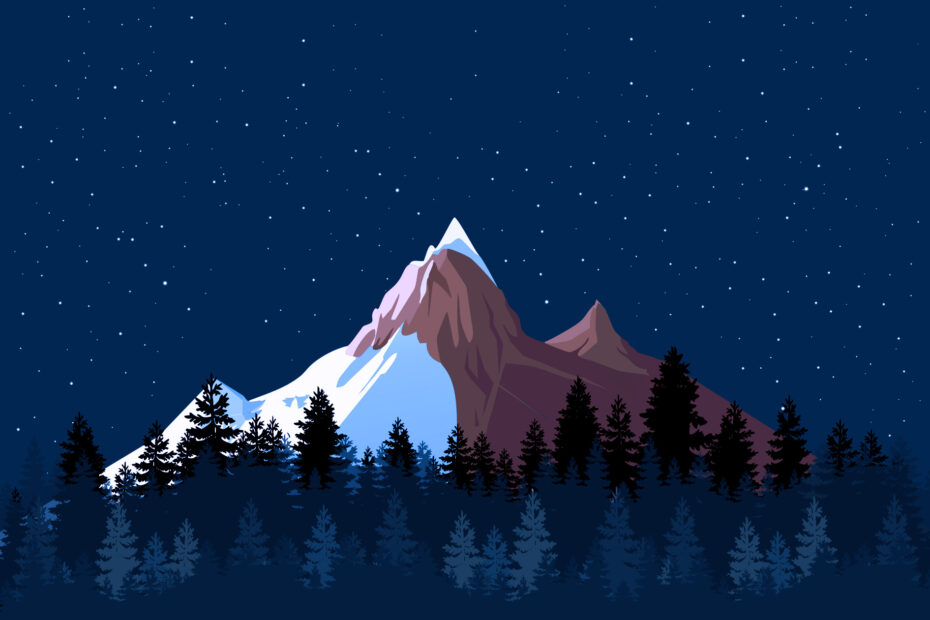 Once upon a time in the mountains, there lived a little boy who loved winter. His father was a talented carpenter who had made him a toboggan to ride with Ekko, his best friend. Ekko wasn’t any ordinary friend, he was a snow leopard. They always had an amazing time together and loved hurtling down the hillside near the chalet on their toboggan.

One morning, the little boy decided that he wanted to live out his dream of exploring the mountains! He wanted to start with the impressive “L’Ubac des Séracs” zone. He was explaining to Ekko how they were going to get there, when he saw a questioning expression on his friend’s face:

Ekko agreed to come along on the adventure. They packed a rucksack with a little climbing rope, a box of mother’s delicious biscuits and a flask of water. To reach L’Ubac des Séracs, there was a long climb and a trek on the other side of the mountain, in the shadows and the cold.

Once they arrived at the summit, they embarked upon the descent. To begin with it was fantastic! Jumps, banked turns and even ice tunnels that echoed with their yelps of joy.

But as they started going faster and faster, the little boy lost control of the toboggan. Ekko was thrown off and rolled down the glacier, landing on a rock. Then there was silence. The boy shouted at the top of his voice:

Ekko was woozy but he answered in a quiet voice:

The little boy ran down and put Ekko on his back. Then he looked around and realised that they were lost. It was impossible to climb back up the mountain to get home, especially with Ekko’s broken leg. He would need to find another way.

Suddenly, two long, curious ears appeared from behind a rock. It was Giacomo, a mountain hare, who had heard them shouting.

Giacomo led them to a forest and pointed towards a little cave hidden under the snow. Inside, they met Sifflote, a marmot. She generously gave them a few nuts to nibble on and let them sleep in the warm burrow.

The next day, after a good night’s sleep, they were introduced to Hector. A specialist in snow sliding techniques, he offered to make them a pair of skis and poles.

And although Hector didn’t have the same woodworking tools as the little boy’s father, the beaver had very sharp teeth and a limitless imagination.

Informed of the situation by the hare, next it was the turn of Régina, a black grouse, to offer to help. She shared some tips on the right way to build an igloo, which would be very useful for the nights to come.

In the afternoon, our two adventurers were ready to hit the road, not forgetting to thank their friends for their valuable help! To get back home, they had to follow Giacomo’s directions: go through the mountain pass, cross the frozen lake and travel across the huge, snowy plain.

After many long, hard hours, they decided to make camp for the night. Despite being comfortably snuggled in their igloo, the little boy felt sad. Yes, he’d made his dream come true and met some kind animals who’d helped him, but he knew that his parents would be worried. He really wanted to get back to them.

In the early hours of the morning, an eagle appeared in the sky. The boy waved to it and the eagle came to talk to them:

The child attached the sail to his ski poles using the climbing rope he had in his bag. The eagle showed him how to steer the sail so that the wind would pull him along. That’s how they glided over the frozen lake. The wind was blowing hard and they went much faster than before!

Next, they crossed the huge snowy plain. Being pulled along by the wind in the sail, they passed through some stunning landscapes. And far in the distance, the two friends could just about make out the chalet. Very quickly, they reached home, which put a smile back on their faces.

When they arrived, the little boy jumped into his parents’ arms! He was sorry not to have listened to their advice.

A little later on, he told them all about their adventure over a delicious hot chocolate while his father made a wonderful wooden splint for Ekko’s leg. Before long, they were able to get back to tobogganing together. But they had learnt a lesson. They would be careful in the mountains from now on, and always take somebody else if they were going to an unfamiliar mountain range.

Many years later, the little boy had grown up into a nimble, brave young man. He still dreamed of exploring the mountains, which is why he decided to become a High Mountain Guide, accompanying people on explorations of glaciers and snow-capped summits…

Can you guess who comes with him on each of his mountain trips?

previousHow do detachable chair lifts work?
nextSo what’s the deal with carrying over your 20/21 membership?